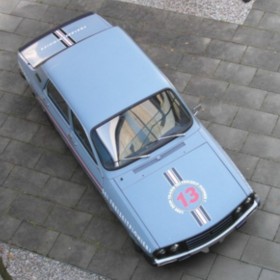 Projekt1310 is an action artistic fundament of the Freizeitpionier-concept.

Thomas Sailer started the art project back in 2015. He instrumentalizes a classic car - a Dacia 1310tx from 1985 - as a carrier medium of his Freizeitpionier-idea.

The automotive art object made its debut on Oktober 2nd 2015 at the University of Applied Sciences in Eisenstadt. The car has been exhibited on several occasions since that time, like at the TRANSFORM ARTE art fair 2017, the very first art fair in the history of the Burgenland.

Apart from exhibitions the project communicates mainly via its official facebook-page.

For further information about the art project please visit the official wiki about the work of Thomas Sailer.