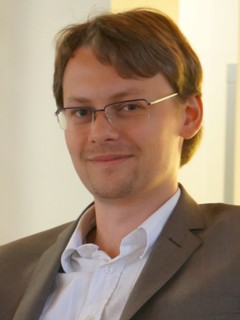 Thomas Johannes Sailer was born on August 4th, 1987, (a Thuesday) in Eisenstadt.

He attended school from 1993 until 2005; during his final year he visited high school as an extern student.

In autumn 2004, during his final year at school, he developed a massive soft spot for the Harry Potter story. This phenomenon had a huge, inspiring effect on him. For some years, he was a very active member of the international Harry Potter fan community.

In April 2006, he started working at his father's company as a printing assistant. This working life, however, turned out a great burden for him. After one year, he quit the job in March 2007. In summer of the same year he begun to write the first few pages of a manuscript based on his impressions from the printing shop.

From 2008 till 2011, Sailer attended university in Eisenstadt. During his student days, he started writing resolutely. On December 20th, 2011, only a few months after his graduation, his debut novel "Der Freizeitpionier" got published. He completed his second opus "Die Wüstenpflanze" in summer 2012; it has been released on September 10th, 2012.

Almost two months later, on November 9th, 2012, his autobiography 'Chronik eines Harry Potter Fans' was released; in this book, he wrote about the experiences which he made during his longstanding commitment in the virtual Harry Potter fandom. Because of a huge interest from the international fan community, the opus soon got translated into English; the translation was released in April 2013 under the title 'Chronicles of a Harry Potter Fan' as e-book. In autumn of 2013, he started writing his fourth book. The novel with the title "Die Aktivistin" was released on July 1st 2014.

In the second half of 2015, he founded the Projekt1310. He has been using an old Dacia 1310 as an artistic fundament for his Freizeitpionier-Philosophy.

In May of 2018 his 5th book 'Die Gefaengnisinsel' was published. Since this publication, aside from his further literary projects, Sailer has been endeavouring to achieve multimedia adaptions of his novels. In 2019,he declared his intention to make a movie adaption of his novel 'Die Gefaengnisinsel'. A first attempt failed in early 2020 due to the coronavirus pandemic, however, Sailer realised a first film adaption called 'Die Gefängnisinsel - Doku einer Flucht' in autumn of 2020.

Thomas Sailer has been a board member of the art gallery 'ART HOUSE PROJECT' in Eisenstadt since 2019. He is also involved in the art fair 'TRANSFORM-ARTE', an initiative of ART HOUSE PROJECT. The biennial art fair debuted in 2017 and is the first art fair in the history of Burgenland.

In 2021 his book 'Leb deinen Traum: Sei Freizeitpionier', was published. With this book he created direct access to the Freizeitpionier-Philosophy for the first time. In 2022 his book 'Inflation ausbremsen' followed, in which he treats a money issue.