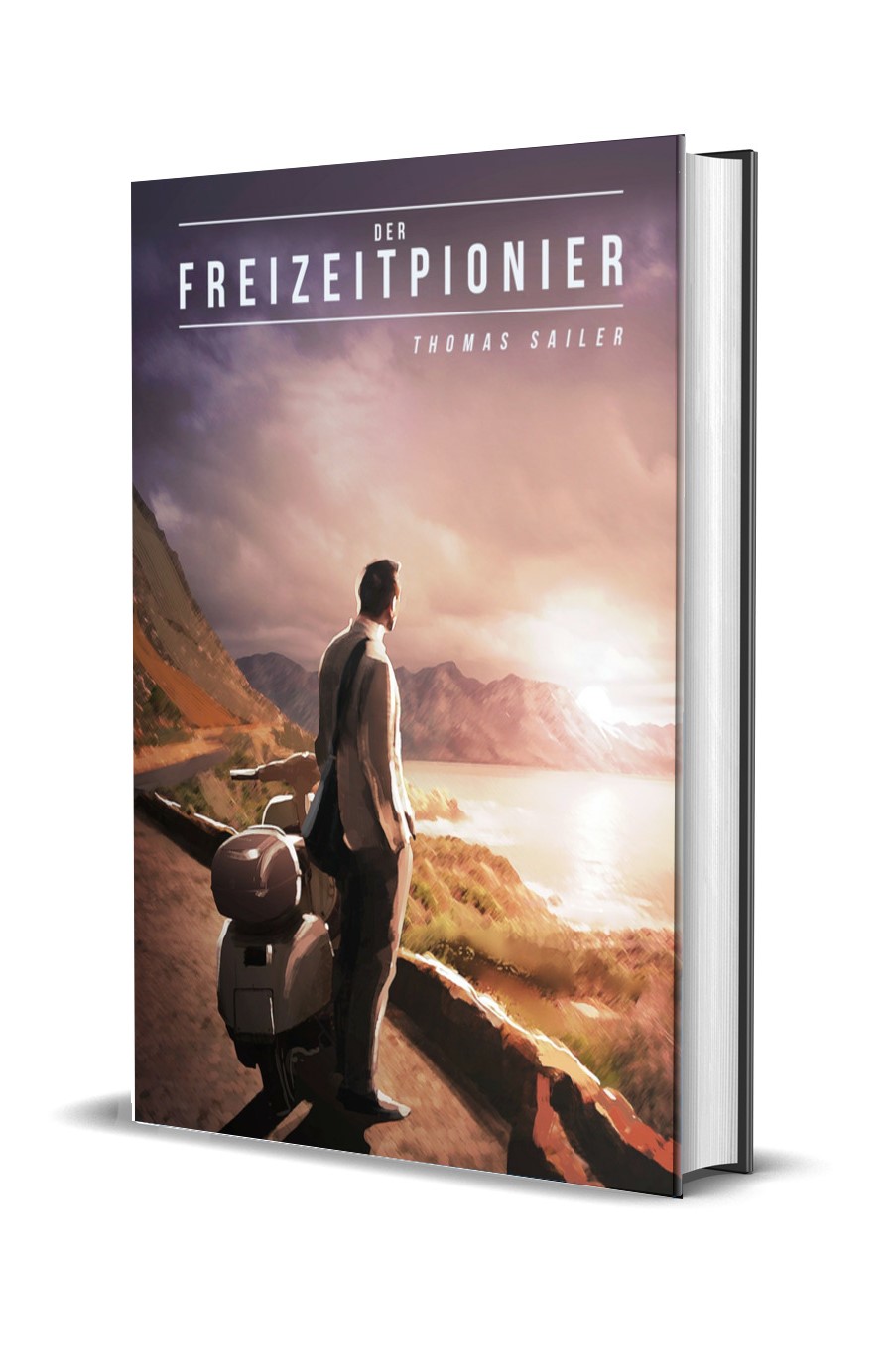 Frustrated by his job, Ferdinand just takes each day as it comes. Frequent working overtime and daily commuting firmly dominate his life.

His living conditions change rapidly when the company fires him. Instead of resigning he perceives the dismissal as a chance: He enjoys his newly gained freedom and does not longer care about his role in society – instead he focusses on his own interests.

Eventually Ferdinand tries to shape his life in compliance with his wishes; but the pressure from outside to find a safe job again is constantly growing …

Thematically, the novel deals with the issue of seeking for perspectives. The story describes how important it is to put the own dreams and wishes into practice – instead of permanently subordinating them to duties given from outside.

The book questions and challenges norms and value propositions of our modern achievement-orientated society.

Thomas wrote the first pages of the manuscript in summer of 2007 already. However, Thomas had the dazzling idea for the real concept of the book not before the beginning of 2010 – during his time at university. From that on he consistently worked on the opus and finished it until October of the same year. Several changes and corrections took up another year.

Finally his debut novel was published on December 20th, 2011 and thus was available in classic book stores as well as online mail order companies.

In May 2015 a new edition of the opus – featuring a new cover and textual revisions – was released by serendii publishing.